Recent decision by U.S. Court of Appeals acknowledges amicus brief filed by for Professor Creel with the help of UNM law students 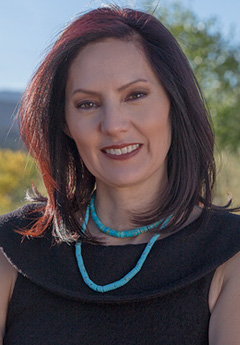 The petition had originally been denied on exhaustion, and Alvarez’s lawyer, Dan Kaplan, filed a petition for rehearing. After pending for 18 months, the Ninth Circuit reached a decision and reversed the conviction, based the defendant’s right to a jury trial and notice.

Creel and a team of UNM law students drafted the amicus at the rehearing stage to inform the Ninth Circuit on the subject of exhaustion of tribal remedies. Veronica Gonzales (2015), a former SILC student, led other students from the Clinic and Creel’s Criminal Law in Indian Country class in analyzing and researching the issues in Indian habeas corpus under 25 U.S.C. 1303.  (See Professor Creel and Students Author Amicus Curiae Brief Accepted by the U.S. Court of Appeals for the Ninth Circuit.) The federal appellate court found in favor of exhaustion.

The Amicus Brief, filed in 2014, was accepted and acknowledged by the Court. Kaplan said, “We were fortunate to have outstanding amicus support from Tova Indritz and Barbara Creel, writing for the NACDL Native American Justice Committee and UNM Southwest Indian Law Clinic, respectively.”

Creel called the decision “an exciting victory in an Indian habeas,” and one that acknowledges that “Indian people deserve justice and due process in the Court systems, as all people do.”